It’s incredible what we can find out about history through prehistoric drawings found on rocks and in caves. Sulawesi, one of the islands in Indonesia, has many fascinating paintings; some that are more than 40,000 years old. One particular drawing, found in a cave on Muna Island, shows a painting that is highly possible to be a man flying a kite. La Hada, the cave keeper, found the drawing in 1996. It was further recognized when a guy from Germany, called Wolfgang Bieck, came to Indonesia in 1997. He was told by Suarnadi Makuta, the leader of ‘Muna Traditional Kite Club’ that there was a cave painting of a kite on Muna Island. That is when Wolfgang became more intrigued about the true origin of the kite, as for years China had claimed its origin. END_OF_DOCUMENT_TOKEN_TO_BE_REPLACED 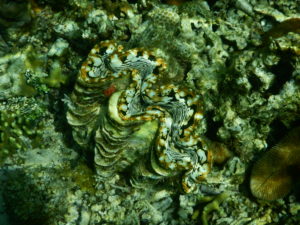 Unknown to most, the giant clam has become an endangered species due to its only predator, humans. Humans take this beautiful species to eat or use as decorations in their homes. However we have come across a magnificent conservation project run by a wonderful guy called Habib. He set up a project to conserve the giant clams in ToliToli, which is a village in the south east of Sulawesi. He has always known clams are an important role for keeping the reef healthy and clean and is very passionate about protecting the reef. He is now trying to restore clams wherever possible.

END_OF_DOCUMENT_TOKEN_TO_BE_REPLACED

Have you ever wondered what paradise looks like? Earlier this year we got a chance to find out. For us paradise is somewhere that isn’t just beautiful but also hidden from everyone else. In Indonesia there are a group of islands, in the Southeast Moluccas, that are breathtaking. These islands, called Kei, Aru and Tanimbar, have some of the most beautiful beaches we have seen, if not the most beautiful. It is an excellent escape from reality and a chance to relax before venturing onto your next adventure in Indonesia. END_OF_DOCUMENT_TOKEN_TO_BE_REPLACED